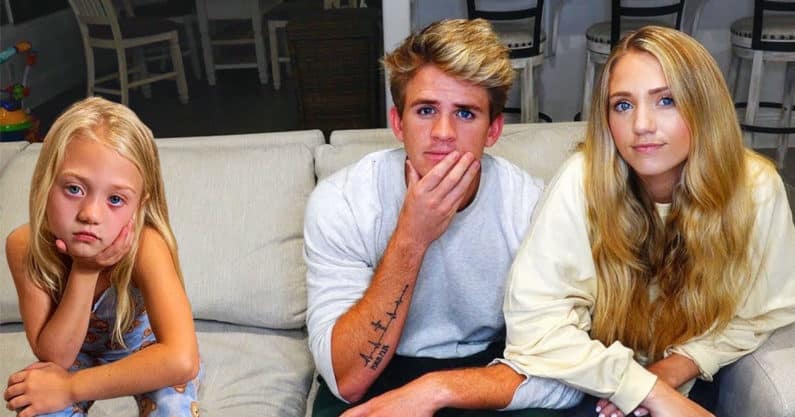 What’s totally true is that when it comes to being a stepdad, we have zero rights. None! So how, then, does someone invest their energy. truly give themselves over and open up in the emotionally bumpy road of becoming another influential adult for a new partner’s children?

As a man, I can’t speak about the emotional and spiritual aspects of being a stepmom. Clearly, both genders have different visions, expectations, and opinions of what their individual role is as a parent. “That’s obvious!” I can hear you all saying!

When it ends, and what was is no longer, partners move on. And there’s no room for you in this space of parenting or influence. It’s not fair. Being a stepdad and accepting your role, your place in your new family only to have it fall out from under you. Kids go through that, too.

Divorce sucks. It’s the worst! Mine was full of conflict and imbalance. My beautiful children suffered for it.

Truth is, as more marriages fail, and we all become estranged from each other in some way, we need to remain in a place of harmony. Letting your ego, anger, and frustrations open the gates to fear gets in the way of your job, your duty, the one you owe to your child. Harmony is a gift you give to your kids when you’re taking everything else from them.

Being a Stepdad is a Multi-Layered Experience

My journey through step-fatherhood has been complex. I love my stepson as much as I do my biological children. The difficulty comes from the boundaries and perception society creates when biological parents split up.

In my case, I may have made some mistakes while trying to guide my stepson. But I looked at the things I missed out on with my sons and made an effort to engage with him and do those things. It gave us more room to respect one another on common ground.

And here’s the kicker, the difficult and, frankly speaking, heartbreaking aspect of reality as a step parent: We have zero, zilch, nein, no rights to the kids, too, helped raise.

I love my stepson, want the best for him, his schooling, sports, his vision of how to be towards his mother, and his view as he grows up. But the cold reality is this, if you spend time investing in this relationship, and then for some reason it falls apart, you–the kid’s surrogate father for all intents and purposes–have nothing. No more surfing. No more motorbikes. No playing basketball in the driveway or football in the yard. It’s done.

What Does This Create for You as a Stepdad?

Take time to speak deeply, and with balance, to your partner. Express in a loving way how you want to explore the relationship with her children. Most of all, remember they’re not your kids. They’re people with a narrow field of view. If you cannot treat them with respect, you will not get their respect.

I’ve spoken to my son, Ben, and have his permission to share this. His hope is that you’ll read about his experiences and realize the magnitude of the depth with which kids see their surroundings.

Back in 2003, my Ben was 14 and a loving, respectful young man. Sure, he was a bit outspoken but a good kid. I had been divorced from Ben’s mum for almost 11 years. At that time, she was in a 9-year relationship with a man. Outwardly, things seemed to be going great.

Then my Australian phone rang one random day. It was Ben’s school administrator. My boy had arrived that day to his school in the UK with bruises all over his back.

In all our chats and visits, my children never let on that they were being abused. That phone call was the first I knew of it. Like any father would, I hopped on a plane and flew across a hemisphere to my kids. But by the time I arrived, Ben had changed his story.

A year later, while away on holiday with me in Australia, Ben told me the truth. My kid, my brave, brave boy withstood 12 more months of hell being persecuted and bullied. His then-stepfather threatened my son. If I caused any trouble upon arriving, he would give me the same beatings he’d inflicted on Ben.

Part of me wishes he had tried.

Being a stepdad does not give guys, anyone, carte blanche to hand out discipline to the children. None! And in my mind it’s simple, a great stepdad will be the objective third party, the point of balance, the confidante, another set of ears for the child to unload their angst. They trust you more than anyone else in the house. Rise to deserve it.

When I sat with my son that day back in 2003, he simply lied and told me things were okay. Fear kept him silent. Specifically, fear of harm befalling me kept him in that abusive environment. In his 14-year-old mind he believed that my wellbeing was more important than his. Not only that but that Ben was somehow responsible for preventing conflict between his abuser and me.

It’s a totally unacceptable situation for any child–no matter the situation or circumstances.

I was pissed! I was angry at both my ex-wife and her partner. Yet the solution was not to cause more friction. It was simply to do what was right for my kids. My job was to support them, to show them that they had one balanced parent who would listen and act appropriately. In that way, being a stepdad is a lot like being a dad.

Yep, I openly admit that for a moment, I wanted to retaliate with all the letters, court filings, legal motions, word, spite, and even anger I could pull out of my arsenal. None of it would’ve saved Ben and his siblings. Frankly speaking, vengeance wouldn’t erase their unfathomable past. Nor would it make them feel any better about it.

Any reaction from me needed to be balanced and specific to their safety and well-being. And as men, we need to step up and be the strength and support our sons and daughters need. Exacting revenge is pointless. Momentary satisfaction fades. You have the rest of your kids’ lives hanging in the balance. Anything you do will forever remain with them.

My Final Thoughts About What Being a Stepdad Means

We must give our children a point of safety and balance to come to when other things are imploding around them. It’s difficult enough that they have to deal with adults who are hell bent on conflict. And their reality is changing all the while. Add to that a clueless stepparent telling them how to behave and how to feel about the people they love.

Your choice to become a stepdad is a huge one. Consider it carefully, meticulously. It’s an emotional investment that may end badly for you.

I was able to reconcile that my beautiful ex-partner had a different path to follow. But the emotional difficulty of losing yet another child who I came to love as much as my own babes, was and will forever be heartbreaking.

Being a stepdad is a bigger deal than simply creating new life. So act the part. Be the best stepdad you can be. In time, any love you’ve given will impact those kids. For as long as they live they’ll never forget you. And that’s all you can hope for.

As for my Ben, he’s now a grown man and father to his boys and a girl. He’s doing great!

Peter Bowd is an outspoken, global advocate for ending domestic violence toward men, women, and children.

Peter released a book in 2016, The Deserving Woman, in which he chronicles his experiences with love, loss, becoming a father and grandfather.

Born in the UK, Peter lives in Queensland, Australia with his family and four-legged companion, a Rottweiler named Valentino.