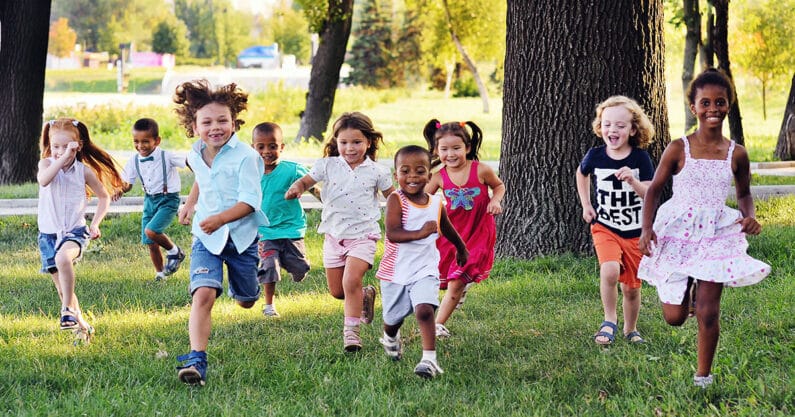 With a little imagination, you should be able to come up with an age-appropriate custody schedule for your child or children. Just as children grow, visitation schedules should adapt over time. According to any sensible visitation guidelines, a maturing child is best served by gradually longer stays with each parent.

The potential benefit from customizing a custody schedule to the changing needs of a child is quite obvious if you compare the ideal schedule for a toddler with that for a teenager. The stark difference in optimal schedules shows that age really does matter.

An extensive list of custody schedules by age is illustrated and discussed at timtab.com. For pre-school children, the ideal schedule typically limits time away from the primary carer to no more than one night. For example, where parents live quite close to each other, the recommended schedule may involve anywhere up to 6 single-night visits per fortnight with the non-primary carer.

For a teenager, on the other hand, visits are ideally less frequent but longer. Generally, the recommended schedule has the teen spending one whole weekend from Friday afternoon through to Monday morning with each parent per fortnight. Any other visits with a parent during the week are for at least two nights.

Nurturing attachment is especially important for young children as they learn to orient the world. A very young child is considered to be “attached” if he or she tends to seek closeness to and contact with a particular caregiver, such as when the child feels distressed in any way or tired.

Attachment to a regular caregiver helps young ones to regulate their emotions. They are better able to cope with negative emotions and are bolder when exploring new environments. According to Dr Marinus van IJzendoorn, “Human beings are born with the innate bias to become attached to a protective caregiver… Sensitive or insensitive parenting plays a key role in the emergence of secure or insecure attachments.”

For an infant or toddler, 24 hours away from their primary caregiver would probably seem like a long time. A full weekend could feel like an eternity. An age-inappropriate custody schedule therefore has the potential to impede the child’s ability to properly attach to one or both parents.

That’s why the best custody schedules for pre-schoolers have short turnaround times. Children are never away from the primary carer for more than 24 hours or so. And, if the parents live reasonably close to one another, the child can be scheduled to see both parents multiple times during each week.

Older Children Should be Allowed to Settle When Visiting

What makes for a good visitation schedule changes as children become more independent and can easily handle time away from their mother or father. Frequent moves between homes offers few advantages and becomes unnecessarily disruptive. Older children prefer to stay at each home at least for a couple of days or so before having to pack up their stuff again and switch over.

Travel costs become a bigger consideration for teenagers as far as choosing the perfect schedule. If both parents live close to school, one of the most popular schedules is 3-2-2. The child spends three nights on the weekend with one parent before alternating two consecutive overnights with either parent during the week. With alternating blocks of time, the schedule is 50/50 and perfectly symmetrical.

But it one parent lives much closer to school than the other, 50/50 schedules make less sense. Instead of facing many long morning and afternoon commutes, a teen can be based at one parent’s home during the week and mainly see the more distant parent on weekends. This might correspond with a 60/40 or 70/30 custody schedule for example.

Missing a few nights with a parent during the week is not a big deal given how busy many teens are anyway. As well, older children have the ability to easily stay in touch with each parent using a mobile phone.

Explore the Range of Schedules Available

To find the ideal custody schedule, be prepared to do a little work. Family lawyers and many websites seem to default to schedules that are easy to explain but which may not work well, such as week about or alternating weekends. But the truth is that there are usually better alternatives to every other weekend, every other weekend plus a midweek visit, etc.

As mentioned earlier, timtab.com shows many different custody schedules by age. You can also use their software to generate your own custom schedule. The technology accounts for child ages as well as logistical factors such as school travel times. With some thought and a little effort, you may be able to come up with a schedule that has your child or children swapping homes at exactly the right times.